Annet van Hooft is an independent arbitrator and counsel based in Paris.  After having practiced for more than 20 years at major U.S. and U.K. law firms in Brussels, New York and Paris, and having been a Counsel at the ICC Court of Arbitration, she decided to set up her own law firm, focusing on international arbitration.

About Annet
Annet is admitted to practice in both common and civil law jurisdictions and has a broad range of experience, both as counsel and as arbitrator, handling international arbitrations under various applicable laws and in a wide variety of sectors and fields, including construction & energy, IP related disputes (e.g., pharmaceuticals, life sciences, technology and communication) and corporate law related disputes (e.g., joint-ventures, mergers & acquisitions).

While Annet mostly sits as arbitrator, she also handles matters as co-counsel with other firms, notably in the field of IP and construction.  By operating in a small structure, Annet is able to avoid the conflicts of interests that are so prevalent in large firms, in particular for arbitrators.  It also allows Annet to personally spend more time on matters, resulting in better client service.

Awards and other Recognitions
Annet has been recognized in ‘Best Lawyers in France’ for Arbitration and Mediation since 2017.  The same year, she was the winner of the ‘Best in Commercial Arbitration Award’ of the Euromoney Women in Business Law Awards (Europe), and Legal 500 Paris highlighted Annet’s “extensive ICC experience.”  In 2018, she was listed among the 10 most highly regarded partners in Europe in the ‘Who’s Who Legal Future Leaders.’  Annet has been listed in ‘Who’s Who Legal France’ and ‘Who’s Who Legal Arbitration’ since 2019.  Since 2020, she has been distinguished as a ‘Thought Leader’ by Who’s Who Legal, which acknowledges that “Annet has become one of the best arbitrators of the Paris and international market” and that “she is calm, systematic and kind.” 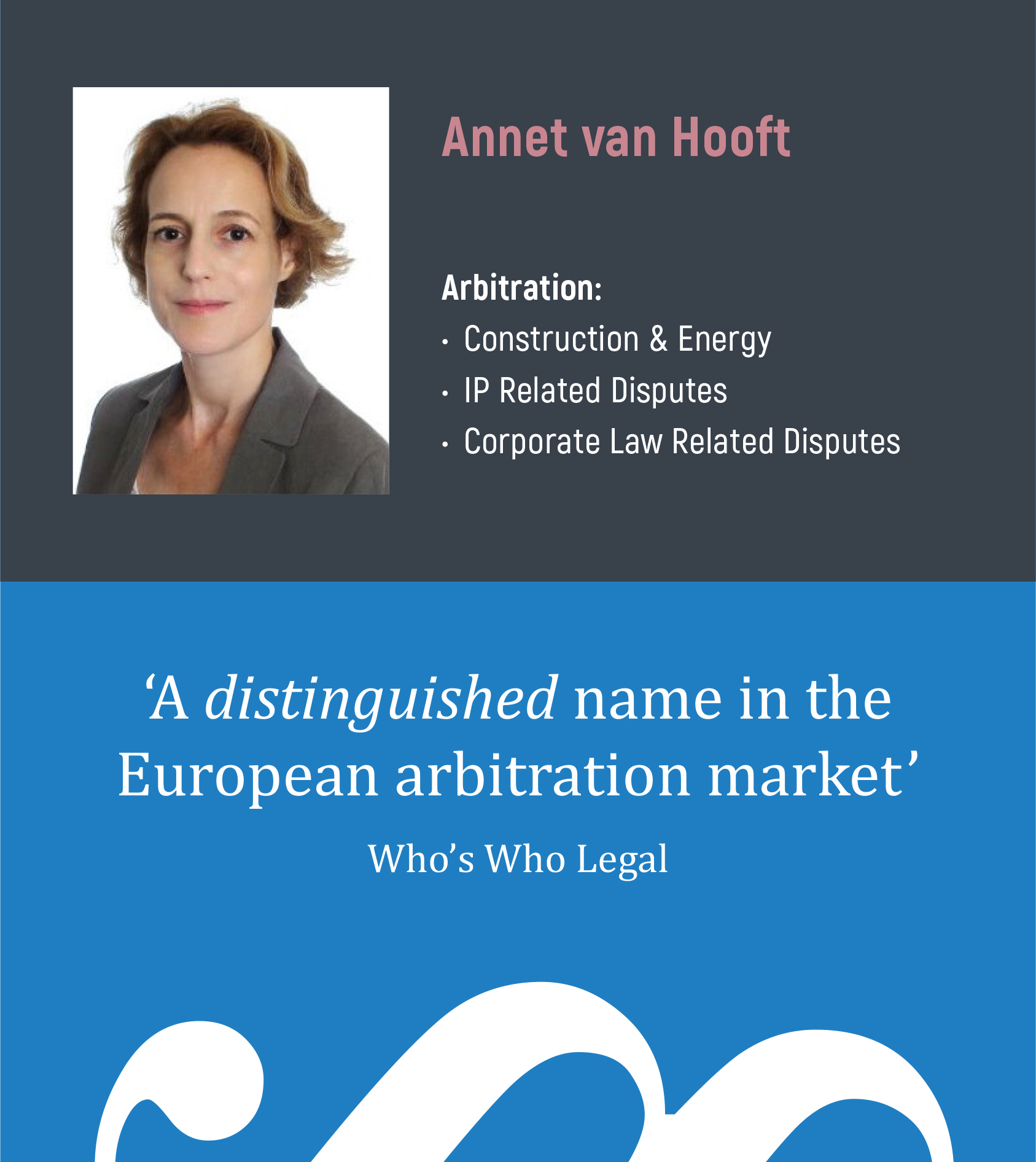